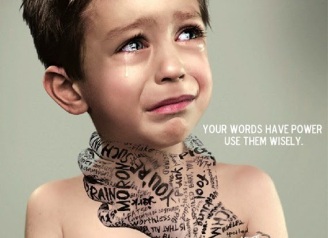 Your words matter. Your words count. What you say can wound or heal those around you. Choose your words wisely.

Years ago, our nine year old son came home from school sad. He felt like he had a bad day. Now, this child has always been more sensitive to those around him, to his environment, words said and actions done. He’s my rough-and-tumble, tenderhearted boy. He likes things to be peaceful and stable, fun and joyful, and this day hadn’t been quite like any of that.

He told me about his teacher snapping at him, how kids had laughed at him, and how the lunch lady had harassed him. As the story played out, I realized the teacher had “jokingly snapped” at him when he told the other kids to be quiet in line, causing the kids to chuckle around him, and the lunch lady had “jokingly harassed” him when he spilled a little of his spaghetti from his plate, saying, “Your mom needs to teach you how to do this.”

Now, to you and me, as adults and people who have experienced pain, criticism and strife, what he went through may not be that big of a deal. I could tell, by the information he had given, that his teacher hadn’t meant to hurt his feelings; she probably didn’t even think twice about it. There was no part of bullying or harrassment meant in her statement.

Don’t we all do that from time to time? We will quip our answers “short and sweet” to those around us, never assuming that it might impact them differently than we intended. Yet, the sharp remarks he received from those two adults at lunchtime, combined with the snickering of children around him, had cast a cloud on his usual joyful demeanor and caused him to feel like his whole day was just horrible.

As he grows, he will learn how to handle jokes, sarcasm and harassment. His tender heart may not always remain as tender, but I can assure you, this day reminded me that we should all be more cautious with, not only what we say, but also the attitude and tone in which we say it. There are times for sharpness, and there are definitely times for rebuke.

Don’t mistake my comments here to be an agreement with the recent cultural push for a kinder, meeker society where we can give no rebuttal to anyone without a cry against “tolerance.” When there is evil and wrongdoings present, it angers me to hear those trying to settle down a conflict when the only persons they’re trying to calm down is the very one confronting the sin or wrong being done! It seems this nation is working hard to excuse certain beliefs, actions or opposing viewpoints simply because they’re “new and culturally accepted.” These actions and attitudes are not what I’m talking about here.

I am referring to the words we use with those closest to us and the tones and attitudes we portray behind these words. It is so easy to be in the middle of having a bad day, be approached by a child and respond to them by snapping their little head off. It’s so common to be stressed out, right at the time of a deadline and just “blow a gasket,” simply, because your spouse asked where a clean pair of socks are. It’s such a ‘knee-jerk reaction” to be worried and concerned over a situation and respond to your ‘aggravating’ teen in an overemotional manner instead of stopping to realize they weren’t trying to get on your nerves; they’re just being a teenager. I know. I’ve been there, and I wonder if you have been, too…

The heart of a child, a teen, and even our spouse are at stake when we allow our emotions to rule over our words and actions. We should not only have the mind of Christ, but we must have His mouth as well! Let our words always be tempered by His grace, love and Truth. 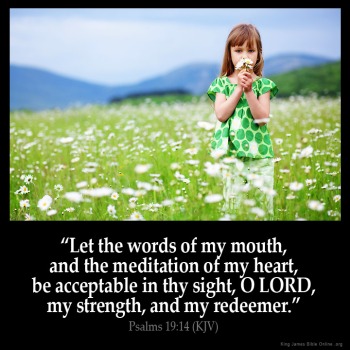 7 thoughts on “Your Words”

Enjoying Life in the Ozarks

Ink Of The Heart 🖤

Weekly suspense serials and other literary snippets. Don't forget to support by following!

From A Pastor's Heart

A look at life from a pastor's point of view

The Writer in The Scientific Teen / Youth Science Magazine

Chef Steph cooking up trouble through the unsweetened dating world.